This is an old-fashioned pud, but deliciously light and refreshing. If you've got a few Bramleys knocking about and you want something a bit different from a pie or crumble, this is a fab recipe to have up your sleeve. Photo: Simon Wheeler. 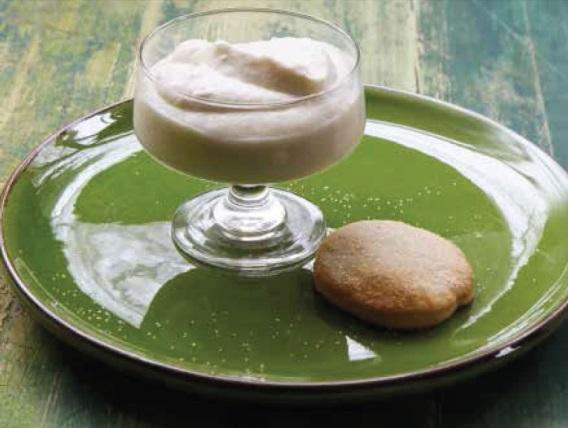 Peel, quarter and core the apples, and thinly slice them into a saucepan.

Add 50g of the sugar, the lemon zest and juice and 50ml water.

Bring to a simmer and cook for about 15 minutes, stirring often, until the apples have completely broken down into a pulp.

If they are reluctant to do so, you can rub the mixture through a sieve to create a smooth puree.

Set aside to cool completely.

Fold this lightly into the apple puree with a large metal spoon.

Whip the cream until it just holds soft peaks (if it is too stiff, it can be difficult to fold smoothly into the apple).

Fold the whipped cream into the apple puree in the same way as the egg white, keeping as much air in the mix as possible.

Spoon into four glasses or sundae dishes and refrigerate for an hour or so before serving.

Master new kitchen skills in the most idyllic of settings, with a day of interactive learning on the River Cottage One Day Cookery Course.