A Guide to Gut Health

"In the past few years, if you have been kind enough to attend any events i’ve been speaking at, or you've read my books or kept tabs on my social media posts, you will probably be aware that I am evangelical when it comes to importance of gut health. 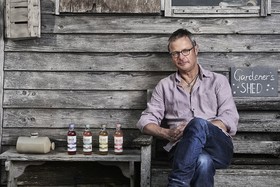 In my book 'Eat Better Forever' I talk about gut health as a new frontier in our understanding of health and indeed healthy eating. Modern research is casting new light on what was until recently a pretty dark and mysterious subject: the world of our intestines, and the billions of bacteria that thrive there.

Nowadays, many of us are familiar with the term 'friendly bacteria' and perhaps ‘microbiome', and more of us are aware of the importance of a healthy gut. But how do we get one, and where does fermented food and drink come in? I am a huge advocate of fermented foods such as sauerkrauts and kimchi, and drinks including kefir and kombucha. They have become an integral part of my daily diet, and one i’m convinced has made a significant difference to my well being.

One easy and enjoyable way to increase our daily consumption of gut-friendly good stuff, which I have enthusiastically embraced myself, is by drinking kombucha. I’m such a fan, I couldn't resist launching our own range of organic kombuchas, which we are proud to produce in partnership with the brilliant team from Equinox. They are one of the most experienced (and in my view the very best) craft kombucha brewers in the UK. Here’s some more words from them on this delightful drink." Hugh F-W

Getting to know your gut

Your gut is home to trillions of friendly bacteria also known as the microbiome. To put that into context, there are at least as many microbes in your gut as there are human cells in your entire body. When we consume whole, living, organic foods and drinks, we feed the right nutrients to our gut microbiome and it functions in synthesis with the rest of our body, creating optimum health and immunity. Fermented foods that are rich in organic acids and healthy bacteria are especially helpful here.

But what is it in kombucha and other fermented foods that makes them so good for your gut?

In part, it’s down to the acids kombucha contains. You can’t drink kombucha or eat a good kraut without noticing its acidic twang, but what are these acids and what are they doing for us?

Healthy kombucha acids – Acetic acid is what gives kombucha its distinctive flavour. It’s the most abundant of the three most common ‘organic acids’ found in kombucha. The other two are glucuronic acid and gluconic acid. They’re all produced as a by-product of the fermentation process used to make it.

Antimicrobial Prowess – A study published in the Journal of Agriculture and Food Chemistry in 2000 found that kombucha was effective at inhibiting the growth of some common bacteria pathogenic to humans. This means that under lab conditions, kombucha restricted the growth of harmful bacteria. The bacteria in this study included E. coli, salmonella and campylobacter and listeria, that can cause the stomach upsets, sickness and diarrhoea associated with food poisoning. This means that drinking kombucha regularly could help us fight off food poisoning bacteria.

And this is down, in part, to acetic acid, a known anti-bacterial agent. According to a health review published in the scientific Wiley Online Library in 2014, acetic acid is largely responsible for these antibacterial effects of kombucha. It also works in conjunction with the proteins in kombucha to increase this effect.

Detoxing Devil – The glucuronic acid in kombucha has a variety of health-supporting roles in the body. A study published in 2004 in the CyTA Journal of Food explains that this acid helps support the liver’s detoxing duties, helping it do its job of processing drugs, chemicals and pollutants. Glucuronic acid also helps keep the balance of our sex hormones such as oestrogen and progesterone in check and helps to increase the activity of antioxidants.

In a global pandemic, immunity is at the top of most people’s priority list. And yet, most of those people probably don’t think of a healthy gut as the key to their immunity. That may well be because most of us think that the digestive system is simply where food goes for nutrients to be absorbed. And you’d be right, but there’s a lot more to it than that. It’s only in recent years that we’re truly beginning to understand the role of the gut microbiome and the fact that over 70% of the immune system is found in the gut.

A healthy gut gives you a better mood, improved digestion and a stronger immune system.

Kombucha is also linked with supporting a healthy immune system due to its antioxidant content. One of these antioxidants is ascorbic acid, better known as vitamin C. It also contains glucaric acid, that showed promising antioxidant results in a study in 2011. Antioxidants help reduce inflammation and oxidative stress that can damage our cells, leaving us vulnerable to disease.

With a better understanding of immunity, we know the important role that the microbiome plays in our ability to fight illness. And any imbalances in the gut can seriously affect our ability to resist disease-causing viruses and bacteria. This could be anything from a change in diet, stress levels or lifestyle. Thankfully, there are lots of ways we can help our microbiome to stay at its best and do its job.

So, we know the gut does more than digest food and absorb nutrients – it plays a huge role in our health and wellbeing, because as well as digesting and absorbing, the gut is always ‘talking’ to the brain. This constant communication is known as the gut-brain axis. According to Healthline, the gut-brain axis refers to the millions of nerves and neurons that run between your gut and brain. This means that neurotransmitters and other chemicals produced in your gut also affect your brain both positively and negatively.

Things like stress, anxiety or fear are transmitted along this internal telephone wire, and it’s a 2-way line. It’s as likely that a troubled gut can send signals to the brain, just as a troubled brain can send signals to the gut, because the two are intimately connected. And it’s from this connection that we are now able to pinpoint a variety of problems from inflammation in the gut to mental health issues. 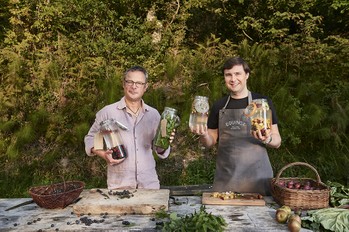 One of the biggest influences on gut health is the food we eat. It can massively affect your microbiome – great news if you're eating a healthy balanced diet, if you’re not, it’s a great opportunity to change your diet and improve your gut health. But it’s not just diet that impacts the gut, there are also influential lifestyle factors such as sleep that can make or break a healthy system. A lack of sleep can increase stress, which has an incredible effect on the gut. This can lead to numerous issues such as bloating, stomach-ache and food sensitivities to name a few. A few years ago, we did a two month wellbeing study that showed people who drank Equinox kombucha every day for the period of the study, felt improvements to both their digestion AND their sleep! Physical proof for us of the link between a healthy gut and healthy sleep!

If you would like to try River Cottage Kombucha, you can order online HERE. 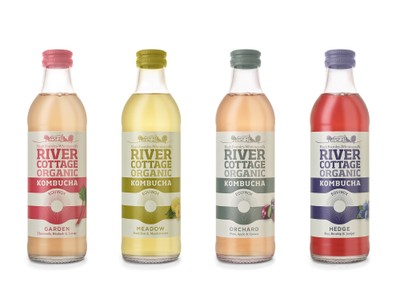