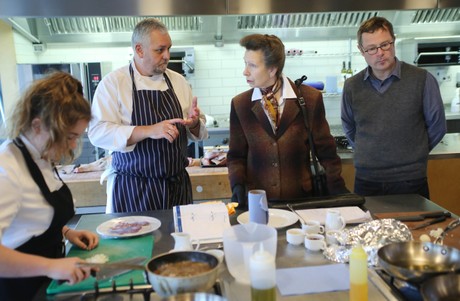 Gary was awarded the City and Guilds of London Institute’s Prince Philip Medal, presented by The Princess Royal at St James’s Palace in May 2015 for his outstanding professional achievements.

The Prince Philip Medal is the highest recognition that the City and Guilds of London Institute offers. This was awarded to Gary in honour of his skill as a chef and his commitment to helping the next generation of talent. The Medal has been given for more than 50 years, and honours those who, in The Duke of Edinburgh’s own words, have ‘travelled the City and Guilds path’ and made the most of their talents. 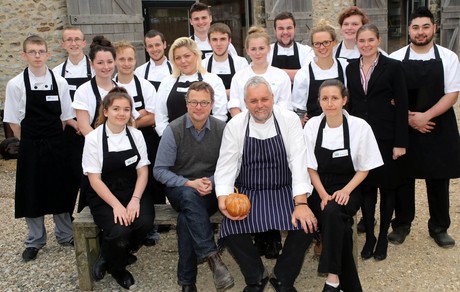 Hugh, founder of River Cottage, said: “Gary Richmond is a brilliant chef and an inspiring teacher. I’m absolutely delighted that his hard work and outstanding professional achievements have been recognised with the City and Guilds Prince Philip Medal. We were thrilled to welcome The Princess Royal to River Cottage to see Gary in action and to witness the work of the entire Chefs’ School team at first hand.”

During the visit, The Princess Royal toured Park Farm – which is a working organic smallholding and also the training base for River Cottage apprentices – in the company of Hugh and Chief Executive of City and Guilds, Mr Chris Jones. As well as observing, at close-hand, the students learning different skills and techniques, she chatted to apprentices and members of the River Cottage team. 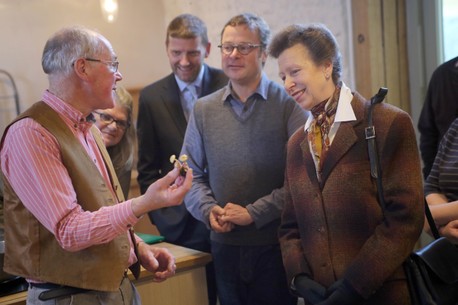 While touring HQ, The Princess Royal heard about the apprenticeship schemes which aim to instill River Cottage values in a new generation of young professionals, observed a group of apprentices making a Devon cream tea and watched Gary Richmond performing a butchery demonstration to some of the current Level 2 apprentices. Following this, The Princess Royal presented three apprentices with their Level 2 City and Guilds qualification certificates.

Gary Richmond said, “I feel incredibly proud and honoured to receive such a prestigious award and it has been a real privilege to welcome The Princess Royal to the farm to meet with the apprentices and watch them develop their skills. Being a chef is not just a job, it is a passion; the buzz for me now is training chefs of the future and watching them succeed in the industry.”

River Cottage offers a selection of apprenticeships including Professional Cookery at Level 2 and Level 3 and Food and Beverage Service at Level 2. These apprenticeships are available to anybody and River Cottage prides themselves on teaching and equipping learners with the skills they need to excel. They believe that by providing learning and job opportunities for those starting out in the industry, it not only creates a highly-skilled team within River Cottage but also within numerous businesses throughout the South-West.