Skip to navigation | Skip to content | Skip to footer
Home / Latest news / Wake Up and Smell the Waste!

Wake Up and Smell the Waste!

It’s estimated that 2.5 billion “paper” coffee cups are being thrown away in the UK every year . That’s almost 5,000 a minute, or 7 million per day.

• Amazingly, hardly any of them are being recycled – less than 6 million cups a year, which is less than one day’s worth – less than 1/4 of one percent.

• The two biggest coffee companies in the UK, Costa Coffee and Starbucks, both have misleading messages about waste on their websites, he claims.

• On Monday 14 March, Hugh takes to the streets of London in his “coffee cup battle bus” to tell the public about the problem, and challenge these companies to come clean, and do better.

Many of us who pick up a hot coffee from Starbucks, Costa, Caffe Nero or Pret – or any number of independent coffee outlets, take the trouble to “do the right thing” with the empty cup. We throw it into the street bin marked “mixed recycling” – or even take it to work and put in the recycling bin there. 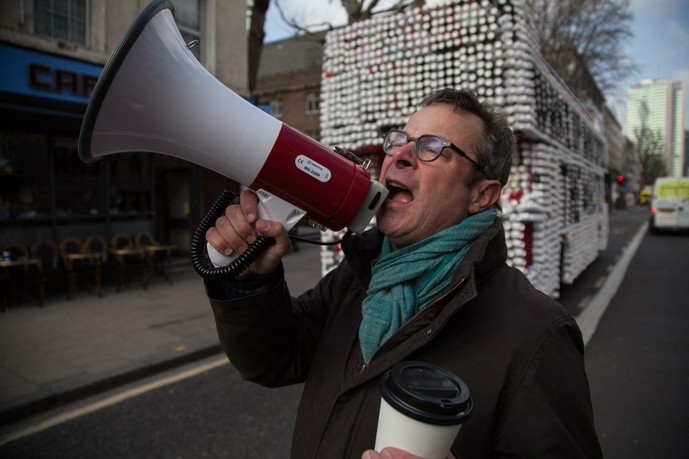 “The truth is,” says Hugh Fearnley-Whittingstall, ”they are barely recyclable at all – in the everyday, commonly understood sense of the word. They cannot be recycled through any of the normal public waste collection services - who are consistently diverting them to be incinerated or sent to landfill.

There is, however, a company using a specialist facility in Cumbria called Simply Cups that recycles a small number of cups from a few companies – including some from Costa and McDonalds. “I’ve been in touch with Simply Cups,” says Hugh, “and the total they handle is still less than 6 million a year - less than ¼ of one per cent of the cups we throw away. 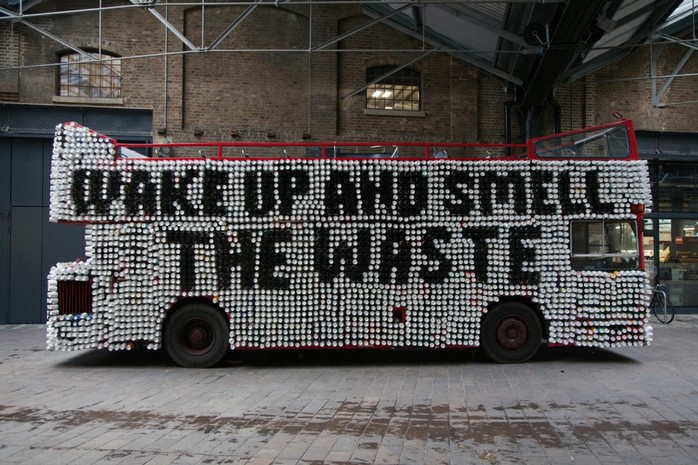 “We want transparency, and we want action from these companies,” says Hugh. “Only by changing to a cup that is properly recyclable in the public waste disposal system, or by massively investing in new specialized facilities, can they justify the bold environmental claims they are making. This is a solvable problem, so let’s see them solve it.”

“The coffee companies are taking advantage of the public’s false confidence in their responsible actions” says Hugh. “They are actively encouraging the misunderstanding, with claims and statements on their websites. And two biggest, Costa and Starbucks, seem to be the worst culprits.”

“Costa claims to have ‘the most environmentally friendly coffee cup in the world,’ says Hugh. “But they do not explain on what basis they make this claim. In a recent e-mail to me personally they even say their cups are already “100 per cent recyclable”. They do send some cups to Simply Cups – but our calculations suggest it’s less than 1 per cent of all Costa paper cups. I openly invite Costa to prove they are doing better than that. I believe they are using a tiny commitment to Simply Cups to justify statements that are basically greenwash.”

“Meanwhile,” adds Hugh, “Starbucks claim on their website that they are “on track” with their goal to “make 100 percent of our cups reusable or recyclable by 2015”. As things stand, Starbucks are not yet a client of Simply Cups! So unless they have a “secret facility”, they are not currently able to recycle any of their cups in the UK. I challenge Starbucks to prove that they recycled a single coffee cup in the UK in 2015.”

Hugh has asked Costa and Starbucks to discuss the problem of cup disposal in a filmed interview for the next episode of his series, Hugh’s War on Waste. Costa has refused. Starbucks have agreed to an interview in principle, but have yet to give a date.

So on Monday 14th March, Hugh is taking to the streets of London aboard his specially designed “coffee cup battle bus” – built with the help of students from Central Saint Martins, UAL, in London. He will be stopping outside Costa and Starbucks branches along the way, to talk to the coffee buying public and enlist their support to challenge the big names of coffee to clean up their acts.